When Social Media and Drugs Collide 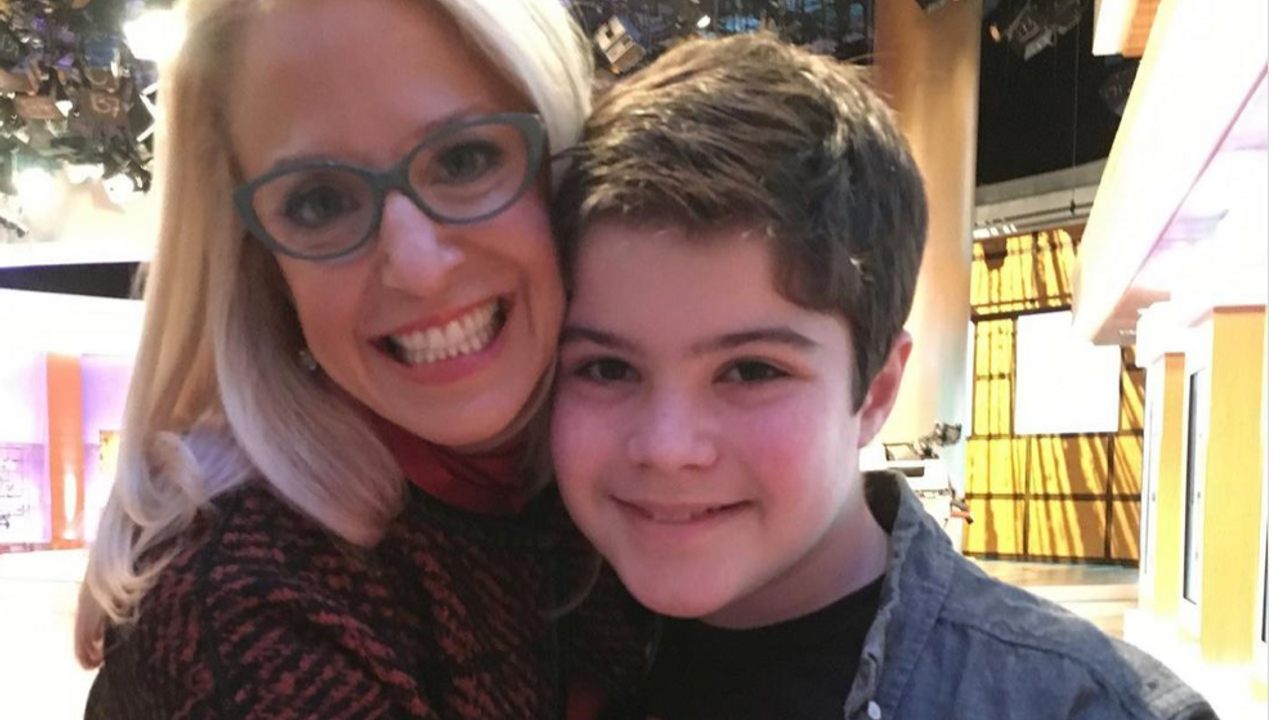 In the beginning of February 2021 one of my mentors Dr. Laura Berman, a renowned television host and relationship expert experienced the unthinkable. She lost her 16 year old son Sammy to an accidental drug overdose and is speaking out in hopes of preventing a similar tragedy from happening to anyone else.

I can't imagine losing a child. This story particularly hit home and interested me because of how he acquired the drug - via social media (Snapchat). Anyone can direct message someone on social media and many individuals solicit for drugs, sex, and other illegal activities using these platforms. He was not an addict. Bored from the shut downs from COVID and wanting to experiment and try something mind altering he had a prescription drug delivered to his home. The drug was laced with fentanyl and his system had a reaction. In his bedroom, with his family in the other room, he died alone.

Dr. Laura's husband Samuel Chapman recalled finding Sammy "on his back after he aspirated on his own vomit."

"I had to resuscitate my own son, or at least try to until the paramedics got here," the father explained, adding that he is now "dealing with terrible PTSD" from the experience.

Berman and Chapman's two sons, Ethan and Jackson, are also dealing with the aftermath.

"One of them gets pretty nervous and is worried about accidentally dying because his brother did, and the other one is getting triggered by all of the murder you see on TV," Chapman explained. "There's nothing for it except time and feeling your feelings."

Dr. Laura has been very open about this experience, as well as her grief surrounding it.  In a desperate moment she posted on her Instagram page about the experience that went viral. 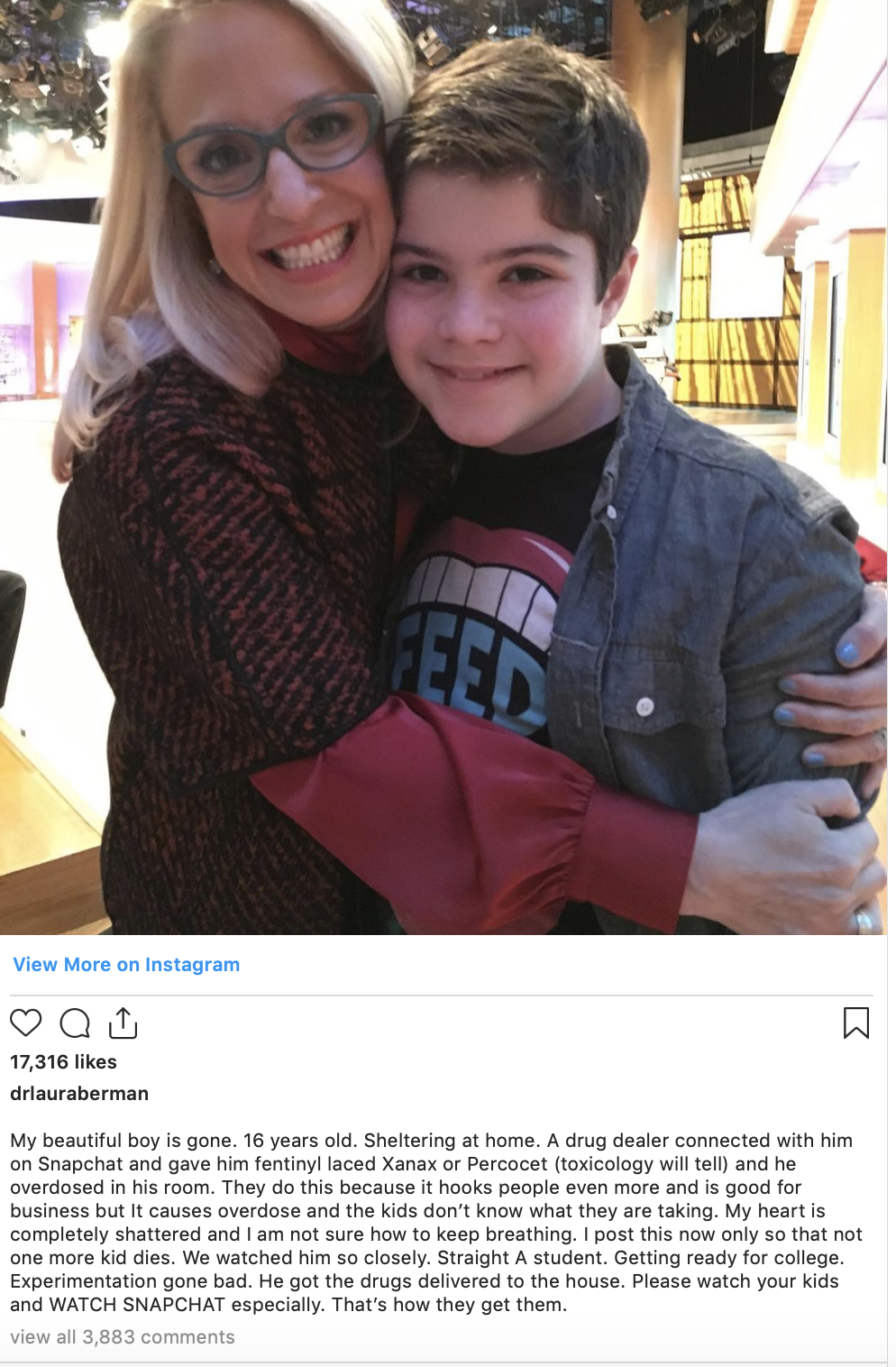 In her search for answers she found this drug menu sent to her son on Snapchat. In case you weren't aware there is now a black market for knock off products, drugs laced with other drugs to get people hooked, and home-made drugs and vaping products with God knows what in them. There are dealers targeting young users and soliciting via social media. As if you didn't have enough to worry about...I know!

This makes me incredibly sad. I actually cried several times over this incident just imagining the pain she must be going through. She was later shamed for going back to work after a few weeks off. There seemed to have been an expectation of how she was supposed to grieve. Talk about kicking someone when they are down.

I have addiction in my family. In my teens one of my sisters went to rehab and I almost lost my brother to a drug overdose a few years later. He was addicted to pain killers for years from a back injury. He began mixing them with vodka and he was hospitalized for a week. To this day he still lives in a sober living home because he doesn't trust himself to not use again.

This leads me to how important it is that parents are talking to their kids about all of these things. Drug use, social media safety, predators, and the list goes on. Share stories like these to help kids understand what the risks and consequences can be. Not to instill fear, but to inform and help them critically think through their decisions. Giving kids a big tool box of things they can do to relieve their stress and deal with difficult to sit with emotions instead of turning to drugs and screens to numb out.

If you would like some support talking with your son or daughter about social media safety and/or alcohol and other drugs we offer courses on each of these. It can be helpful to have another person saying the things you have been saying. Please let me know if I can help.